Sometimes the internet keeps me in touch with you. And sometimes it’s a big interruption in our conversation. I understand we got interrupted.

My email subscription has been down for a bit. A few months, actually. You may not have noticed, or you may have thought I stopped writing. But no, here I was, prattling on to the universe, sending words out into the great unknown, like a dove with an olive branch. Or a pigeon with a french fry.

So, just in case, let me point you to a few highlights you may have missed during our intermission:

I wrote a book with a Senator and a Congressman.

And then that book became a New York Times Bestseller.

And I’m doing something on Mother’s Day that’s pretty awesome.

E-book deals are the real deals.

I made my kids cuss.

And there was discussion of testicles.

And just in case you’re thinking, “Right. Read that. Old news…” then I have this little nugget gift wrapped for you.

My brother started a podcast. The Leading Creative. And it’s AWESOME. His conversations are building the bridge between leadership and creativity, and his interviews are so fun to listen to.  In this week’s episode, he’s chilling and chatting with his friend Jamie, who is literally one of the most interesting people I know, and together they’re pulling back the curtain on the culture of Walt Disney World and Madison Square Garden. 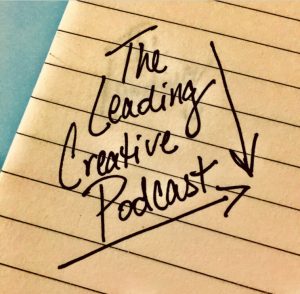 (I’m hoping he’ll invite me to be a guest someday. But he’s a tough nut to crack. We may need a Facebook campaign to win him over. Like when the world wanted Betty White to host Saturday Night Live. Kind of exactly like that.)