Last year at this time, all I really wanted in the world was to turn Forty.  You guys, I am here to tell you: dreams do come true.  Forty is my new favorite thing. And I just knew it would be.

I’ve given this some thought, and here’s the thing.  Your twenties are about exploration, since you don’t necessarily know yourself very well yet. You get to spend a decade trying new things, thinking, “Maybe I’ll live in that city or this one. Maybe I’ll try my hand at that skill or this one.” The stakes are relatively low because you’re young and free and able to pick up and go.  It’s the Decade of Exploring, and it’s kind of awesome.

And then in your thirties – if your thirties are like mine – you spend a decade giving life to other things and people.  A Decade of Making.  Often, it’s the Home-Making, Marriage-Making, Baby-Making Decade. A decade of servitude.  Creating a home, a marriage, a life for a lot of people who look to you to make All The Things Happen.  It’s awesome in its own way, and it sharpens your awareness of who you are and what you really need.

And then the Forties.  This brand new, shiny and sparkly decade that I am now three days into.  I think it might be the sweet spot. After a decade of exploring, then a decade of learning who I am, I get to combine those two into this glorious upswing of exploring the world with an implicit knowledge of what I bring to it.   I think maybe it’s the Decade of Soaring. 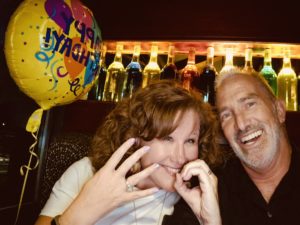 Bring it on, four-oh.  I love you already.

The day was perfect.

When I woke Tucker up on my birthday, I said, “Can you believe I was born forty years ago today?”  He said, “Nope. Video proof or it didn’t happen.”  (I assert that if there were video proof, he wouldn’t want to see it.)

I saw The Lion King with my men, and we collectively gave it eight thumbs up.  (We spent most of the movie saying, “How did they do that?”)

I realized shortly into this movie that I hadn’t seen the animated version in the last eight or nine years.  The themes were a little vague in my mind, I have to admit.  I watched again that scene where Rafiki says to Simba, “Your father is alive.  Come with me.  I will show you,” and he takes Simba to the river to see his own reflection.  And I looked down the row to my oldest son, this man-child who is his dad in every single way.

I’ve said it before, and I’ll say it again: these moments require warning labels.

But then – THEN! – I decided I wanted a family set of ice cream bowls, person-specific and hand painted.  How many men do you know who will go into a shop of breakable things and embrace their inner artist? My guys painted pottery with me.  I have maybe never felt more loved. 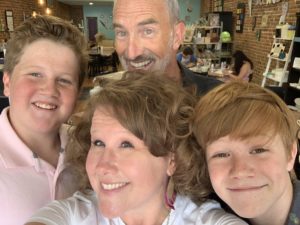 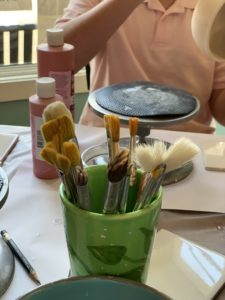 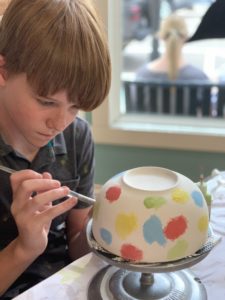 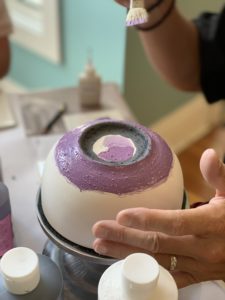 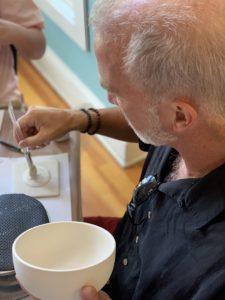 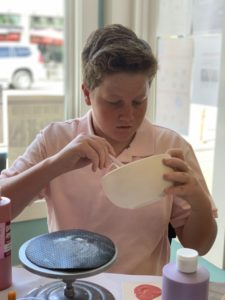 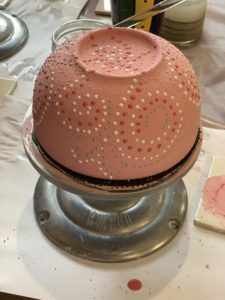 Peter is so personally smitten with his creation and design that he expects people will ask to buy it right out of our cupboard. 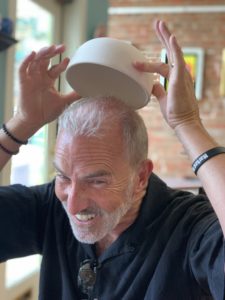 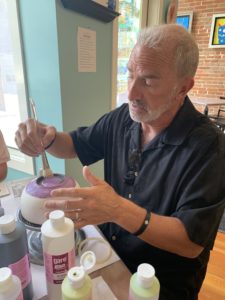 We finished it off with a table for four at the Melting Pot, where my men composed an impromptu acrostic poem for Tricia Nicole Lott Williford Heyer. (There are a lot of i’s.) They were especially generous with words like Terrific and Ridiculous and Intentional and Caring and Indigenous and Awesome.

We gave participation points for phrases like “O is for Older Than Me.”  “Y is for Younger Than Peter.” 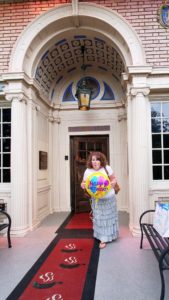 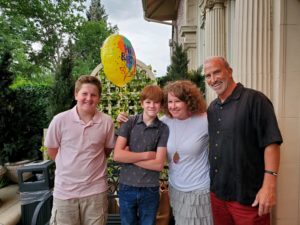 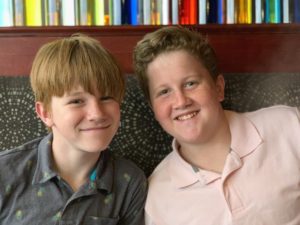 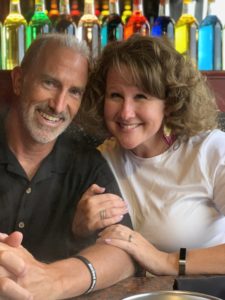 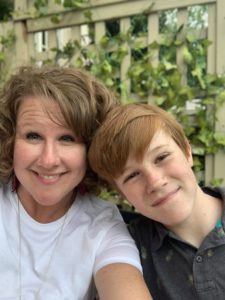 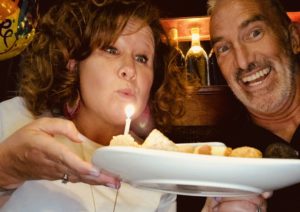 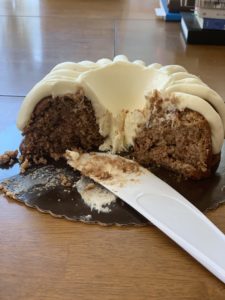 As you can see, Forty wins.
The decade for Soaring.
I’m so ready to fly.