The second love story of my life began with a cup of coffee. After years of writing at the corner table of Starbucks, so prolifically and for so many hours straight that even my laptop smelled like coffee beans, I donned my own green apron and joined the baristas behind the counter. And on a Tuesday night, an incredibly handsome man came in for a latte that would change both of our lives forever. 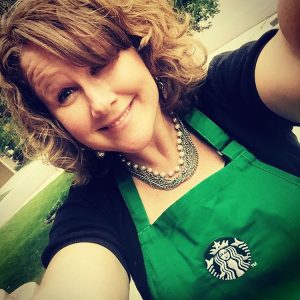 “Welcome to Starbucks,” I said, “What can I get started for you?”

He looked at my name tag and then opted for my nickname, as if we’d known each other for years. “Tricia. . .Trish, what are we going to put in this cup this evening?” He held up his shiny purple travel mug.

I began the litany of questions to help a guest make a decision. “Well, let’s see. Did you want something hot or cold tonight?”

“And coffee or tea?”

He laughed, as if he’d ever be one to drink tea at Starbucks. “Let’s go with coffee.”

He told me that what he really wanted more than anything was some almond milk for his coffee. I’m sure glad Starbucks didn’t offer almond milk back then, or I would have simply given him an almond milk latte and our conversation would have been over. Just another transaction and another satisfied customer on a forgettable Tuesday night. But instead, as I had been trained, I apologized that we didn’t have exactly what he wanted, and I offered him every other kind of milk to make his drink complete. As it turned out, he was a former Starbucks partner, he knew there was no almond milk, and he was just giving me the runaround to see how I’d handle his antics. Ladies and gentlemen, I kept up. With playful banter and some witty flirting, it was the perfect meet-cute.

Peter says that he was intrigued from that very first conversation, and he wanted more. He began a lighthearted pursuit, coming back the next day to see if I was working. When I wasn’t there, he came by the next day. And then the next. I came to expect him as a regular, to learn his coffee preferences, and I even started to get all fluttery when he was next in line. Peter just kept showing up for more coffee, and he talked me right out from behind the counter. He started coming at the end of my shift, sitting at the bar at the end of the counter, waiting for me to finish working so I might join him.

Before our first conversation over the counter, Peter had never heard my name. He hadn’t read my writing, my blog, or any of my books, and I found that equal playing field very inviting and attractive. The nature of my writing and my work often invites people to learn a lot about me without the privilege of reciprocity, and I had often felt like first dates were always in the man’s favor, as he knew way more than I did.

Instead, Peter and I began to learn each other’s stories at the same time, and we studied each other as if there would be a test. I learned that he does impeccable accents and cartoon voices, from Kermit the Frog to Mrs. Doubtfire’s perfect Scottish brogue. I learned that he’s a recruiter, the CEO of his own company, and a networking genius. He’s an old-fashioned guy, and he’s unapologetically attached to his core values, his faith, his family, and especially his son and daughter. I met his two adult children who are wonderful, smart, and hilariously funny. They quickly became my friends, and it took no time at all for me to enjoy them as their dad does. 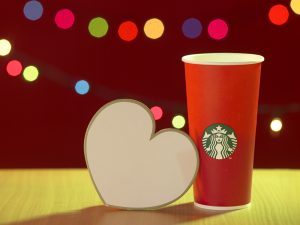 I learned that Peter prioritizes things like making eye contact and writing thank-you notes, learning people’s names, and creating significant conversations in the briefest moments. I discovered that he loved laughing, singing, and dancing; having honest conversations; and chasing after the Lord. He still had a slight advantage as he read my books, but each time we met he brought his copies, flagged and noted, with questions and page numbers to reference. (Be still my heart.)

After many, many cups of coffee, he said, “You know, I know Starbucks is your safe place, and I’ll keep coming here for as long as you want. But when you’re ready to come out of your cocoon, I’d like to see if we can continue this conversation in other places.” (Oh, I was definitely ready.) As it turns out, even a girl whose heart has been shattered can learn to trust again with enough time and courage. So he took me out for dinner, and he said, “Trish, let me ask you: Is this a date?”

He laid this question on the table, and I thought, Wait, does he think I am going to be the one to define this relationship? No, sir, I did my time at a conservative Christian college. I know all about the DTR, thank you very much. Ain’t no way I’m stepping into those waters without you leading the way.

And so I answered, “You know, I think I’d like to respectfully defer to your definition of what this is.”

He said, “Well, there’s one thing we haven’t talked about. I am, well . . . ”—and there was a long pause—“considerably older than you.”

Eighteen years older, if we’re counting. And it seemed like an important time to at least acknowledge the math. (He’s a Boomer, and I’m a Millennial. At that point, it was only an issue of pop culture references. He would refer to something in the ’70s or ’80s, and I could always tell by the look on his face that the line he just delivered would totally kill with a different audience. But fear not, it goes both ways. He rarely tracks my references to Friends or Saved by the Bell.)

He said, “I’ve done a little research, and I learned that there’s a formula for such things. In order to acceptably date a younger woman, her age needs to be at least half-his-age-plus-seven.”

He watched me with a twinkle in his eye as I quickly solved for x in my mind. Whew! We were just under the wire!

He took my hand in his. He said, “What do you think? Would you let this old man have a shot at loving you?” 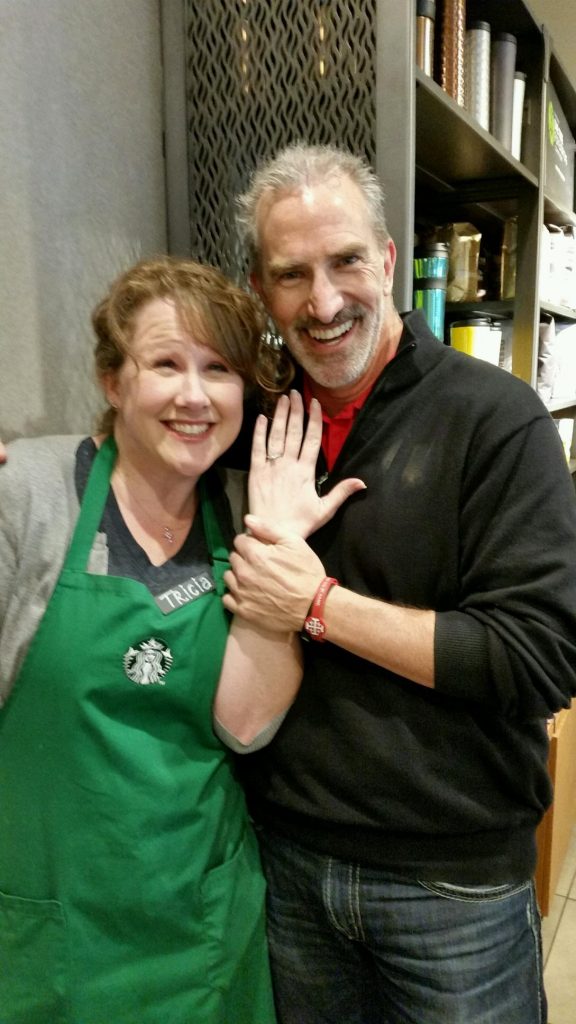 Oh, for crying out loud. They could have brought out a mop to clean me up off the floor. I said, “Yes, I believe I’d like to let you give that a try.”

The thing is, I had lost my first husband five years before. He was strong, and young and healthy, and then he got very, very sick. He was ill for twelve hours, he died in my arms two days before Christmas in 2010. I know loss intimately. I know the color of death on the face of the man that I loved. Only a widow knows how much she stands to lose, to step into a story, to give up control.

It takes a courage all its own to believe your story isn’t over, to open your hands to receive a gift when it comes along.

Several months after that Tuesday night when I first poured coffee into Peter’s empty cup, sans almond milk, he came in yet again, this time on a Friday morning. I spotted him when he got in line for a cup of coffee. He seemed so centered, so grounded, so peaceful. He stepped up to the counter, next in line. And this sly, silver fox said to me, so evenly and with so much intention, “Trish, I came in here a few months ago, and I asked you to fill up my coffee cup. Today I would like to ask you for something more.”

And then his eyes got shiny with tears and his mouth made an almost-frown that means he’s about to cry. And then, he got down on one knee, he pulled a diamond ring out of his pocket and he held it out to me across the counter. And everything in the world disappeared except this man before me, on one knee.

For the rest of my life I’ll be embarrassed to say what happened next, that for just a moment, a too-long moment, I was so overcome that I forgot to answer him. I left the poor man kneeling on the floor in a crowded restaurant, while he waited for me to find breath and words. The poor guy just waited.

I had no words. None.

But then I said yes. Because of course I said yes. A million times yes. For the rest of my life, yes. 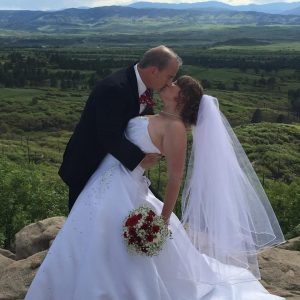 I ran from behind the counter and I literally leapt into his arms. He swept me up into his arms and he kissed me, and the morning coffee crowd erupted with cheers and applause. It was only then that I realized there was anyone else in the room or in the world. For that moment, everything else had fallen away; there was only Peter and a diamond ring and the look on his face that I want to remember for all of my days.

We were married three months later in my backyard. It was a perfect day and a glorious beginning with a celebration that put all the grieving to rest. We are in the throes of building a life together: this man and me, our four children, our three dogs, our pillow conversations, and our morning cups of coffee.

Have you heard of Starbucks’ new rewards program? If you buy enough cups of coffee, you get a wife. ~ Peter